Professor Olive Mwihaki Mugenda is an accomplished educationist, a transformational leader and an outstanding researcher. Prof. Mugenda was the first woman head of a public university not just in Kenya but also in East Africa. During her ten (10) year tenure as a Vice-Chancellor and Chief Executive Officer, she transformed the institution from a little known university into a world-class institution of higher education. She has also inspired many leaders in Africa and beyond to transform their institutions by benchmarking with the Kenyatta University successful transformational journey.

Prof. Olive Mugenda was the Vice-Chancellor of Kenyatta University, a centre of excellence in higher education in Africa from 2006 to March 2016. Before becoming Vice-Chancellor, Prof. Mugenda had had a long and eventful career in education. The journey began in 1979, when she graduated with a first class honours degree in education from the University of Nairobi. She later did a Master of Science degree and Ph.D in Family and Consumer Sciences at Iowa State University (USA).  She is also a holder of a Master of Business Administration (MBA) from the Eastern and Southern Africa Management Institute. She has taught at Kenyatta University for many years, rising to various leadership positions including Chairman of Department, Dean and Deputy Vice-Chancellor (Finance, Planning & Development). She entered the history books as not only the first woman Vice-Chancellor of a public university in Kenya but also in the East Africa region. Prof. Mugenda has, over the years, built an international reputation as a university teacher and researcher. She has supervised numerous Masters and Ph.D thesis, won several research grants and served as technical adviser and resource person to numerous workshops in and outside Africa.

Apart from chairing The Association of Commonwealth Universities, Prof. Mugenda also sits on the board of regional and global bodies. Notable among them is the International Association of Universities where she is the Vice-President; member to the Steering Committee, Strategic Partnerships for Higher Education Innovation and Reform (SPHEIR) based in the United Kingdom; Board member, African Centre for Transformative & Inclusive Leadership Initiative, a partnership between Kenyatta University and UNWomen and a member of the Steering Committee for the Young African Leadership Initiative (YALI) among others.  She is also a Director of Nation Media Group and a Non-Executive Director for UBA Kenya Bank Limited.   She is a recipient of the Elder of Burning Spear (EBS) and Chief of the Order of the Burning Spear (CBS) presidential awards.   Prof. Mugenda is also a recipient of the Ernst and Young Lifetime Achievement Award and the Honorary Fellow award of the Kenya Institute of Management. Prof. Mugenda was recently awarded the highly competitive and prestigious Impact Research and Science in Sub- Saharan Africa (IMPRESSA) Award by the Regional Universities Forum for Capacity Building in Agriculture (RUFORUM).  Prof. Mugenda was recognized for her “outstanding contribution to Africa’s Development through institutional transformation and the creation of an African Entrepreneurial University Model with development relevance.  In February 2016, the French Government through the French Embassy in Nairobi awarded Prof. Mugenda the Order of Academic Palms – a national order of France for Distinguished Academics and figures in the world for her efforts in steering the University’s growth.

Upon completion of her tenure as a Vice Chancellor at Kenyatta Univerity, Prof. Mugenda established the Centre for Innovative Leadership and Governance (CLIG) to continue with her work to build leaders for excellence. The young centre has continued to empower leaders in authority locally, regionally and internationally to be transformational leaders. 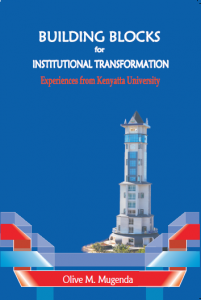 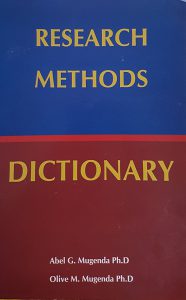 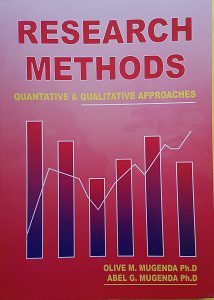 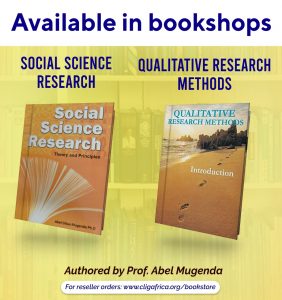